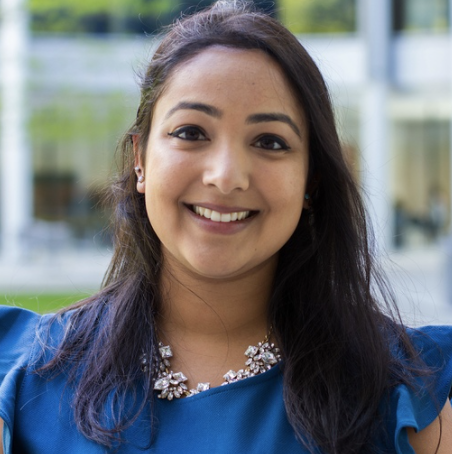 As we continue to celebrate Women’s History Month at Spin, we look back at the incredible contributions of women in history, and we also create space to share current stories of women forging their own paths forward at Spin. Today, we continue our series with one of these women, Spin Product Operations Manager Maanya Condamoor.

A lifelong love of hiking, the outdoors, and the environment propelled Maanya’s career from the beginning. “I always knew I wanted to play a role in reducing the impact people have on the environment,” she explained. This passion led her to pursue an undergraduate degree in Environmental Science at UCLA and a Master’s of Environmental Sciences and an MBA at Yale. Her education translated into an early career helping to reduce the environmental impact of supply chains for major corporations, including Kaiser Permanente and Dell.

Maanya began her career at Spin as a General Manager, overseeing operations in several large Northern California cities. When recounting what brought her to Spin, Maanya said, “I wanted to work at a company whose mission was aligned with my interest in sustainability.” She continued, “it’s important that we reduce the environmental impact of the transportation sector as a whole.”

She transitioned into her current role as Product Operations Manager when the COVID-19 pandemic unexpectedly paused operations in the region. She now works tirelessly on behalf of our riders — designing, launching, and testing new product features and vehicles.

When talking about the women that inspired her to pursue a career in a traditionally male-dominated field, Maanya’s mother immediately springs to the forefront. After earning degrees in computer science and electrical engineering in India, her mother immigrated to the US to further her education and begin a career as a computer scientist and engineer. Maanya explains, “Seeing the work that she puts into her career and how she’s able to deal with being the only woman in the room every day is really inspiring to me. She always encouraged me to pursue my interests in science.”

A manager Maanya worked with early in her career also served as an important mentor, instilling valuable lessons in leadership and advocacy for other women in the workplace. Maanya relays, “She always stood up for what she believed in and never felt like her voice shouldn’t be heard. She also made the space for me to do that, which really goes a long way.”

In her early days at Spin, Maanya paid these lessons forward as part of an informal Market Operations chat group. Here, she served as a sounding board for her female colleagues and shared her experiences on important topics like career advancement and navigating day-to-day life in a predominantly male industry.

Maanya continues to advocate for her female colleagues at Spin as part of the Women’s Network. She recently moderated a Women in Fleet Operations panel and serves as a staunch advocate for female hourly employees at Spin. “Others making the space for me to grow and supporting me in my career progression went a long way in instilling the self-confidence I have today. I try to do that for other women, especially ones that are starting their careers,” she explains.

When asked what advice she would give to other organizations concerning equality in the workplace, her advice was simple, “actions speak louder than words.” She continued, “In the last few years, lots of companies have published statements about their commitment to women and diversity, but we need to see action.”

An important part of putting those words into action, Maanya says, “is thinking about how we can improve getting more women and more people of color into leadership roles.” She continues, “I’ve seen a lot of statistics that show when people are entering the workforce at more junior levels, gender parity is fairly equal. But then, as you move up into leadership, women and people of color tend to drop off.”

It’s vital to keep gender equality at the forefront of our thinking. As a company focused on diversity, equity, and inclusivity, it’s a top priority for Spin’s Leadership Team, the D&I Team, Women’s Network, and People and Culture departments. For Maanya, “Continuously acting on it and continuously thinking about it all year, not just during Women’s History Month, is key.”

Life at Spin
Spin Stories: Christopher C.
Back to blog