Designing for Equity: Learning from Our Collaboration with IIT Institute of Design

These were some of the questions that students and faculty at the Illinois Institute of Technology (IIT) Institute of Design (ID), located in Chicago’s historic Bronzeville community recently tackled as part of a collaboration with Spin last fall.

As part of its second e-scooter pilot program, the City of Chicago mandated operators deploy at least half their fleets in priority equity zones, outlined in black above. Data analysis and visualization created with Remix.

Students at ID were coming to these questions after a summer of transformative protests that brought the issue of racial equity to the forefront. Starting in May following the death of George Floyd at the hands of a Minneapolis police officer, the Black Lives Matter movement — born out of the 2015 protests in Ferguson, MO in response to police brutality there— sparked a national conversation that has begun to grapple with the role that systemic racism plays in all aspects of our society. Transportation systems — public transportation, traffic policing, micromobility, and infrastructure investments — were no exception.

It was also within this context in August 2020 that the City of Chicago launched its second micro mobility pilot, promising an “Enhanced Focus on Equity and Safety”.

The goal of the collaboration was for Spin and Institute of Design (ID) students, taking part in Professor Mark Jones’ Service Design Workshop, to leverage the micromobility pilot underway in Chicago to understand how residents living in historically under-resourced communities used — or didn’t use — the micromobility services deployed in their neighborhoods. The students would employ human centered design methods to ultimately design solutions that would enable Spin to better center equity in planning transportation services and to better serve priority areas in the city.

“[W]hen you are designing in an environment like some of these areas in Chicago that have been disinvested in, even just to understand the history of policy that is segregationist, policy that is unjust, is really important,” said Justin Bartkus, a third-year student at IIT who participated in the workshop.

“It was important for us to learn about the systems and educate ourselves as a way of avoiding designing solutions that were too narrow.

Lizzy Engele, a second-year student said: “I was surprised by the amount of time that we took to unpack the history of these neighborhoods that we were trying to design for, but looking back I realize how important that process was.”

All the teams mapped the ecosystem in which their proposals would exist to better understand their proposals’ relationships’ to individual, community, and systemic-level issues. Image from the students’ midterm report.

As part of their midterm report, students delved into a range of issues facing historically underserved Chicago neighborhoods where many of the city’s brown and Black residents live. According to the U.S. Census American Community Survey (ACS), 92 percent of the more than one million people living in these neighborhoods identify as “non-White or of Hispanic/Latino origin.”

Their research would lead the students to understand key contextual factors important when considering how to design transportation solutions. Lower-income neighborhoods, for example, tend to have a higher exposure to air pollution caused by cars and freight, and with that comes a higher instance of related health problems, like asthma. Lack of reliable transportation also makes commuting to work difficult, and can negatively impact employment. According to the ACS, a quarter of people living in Chicago’s priority areas rely on public transit to get to work. About the same percentage of households don’t own a car.

The students also explored questions about how residents of these communities perceived companies deploying new services in their neighborhoods. How can companies like Spin overcome perceptions of being “outsiders” coming in?

The point was to first understand what the people living in these neighborhoods actually wanted and needed from a micromobility option and then from that research, design concepts that would help those residents use e-scooters to meet those real needs. This aligns with what Spin has learned from community outreach efforts in cities across the country.

“Micromobility is rarely a primary focus for those living in underserved communities. What Spin aims to do is better understand the needs in these neighborhoods and determine how micromobility can potentially help with problems that are a higher priority to the communities we serve,” commented Ellen Gottschling, Spin’s Streets Program manager.

Taking a “larger view” of design

“The tendency with design is to focus on the object, so you have to force yourself to look for more systemic solutions, and to make sure you connect to broader issues,” Jones said. “That’s where the more meaningful change is going to happen.”

Spin worked closely with Jones and his students to provide them with access to research done around equity, race, and transportation; as well as opportunities to connect directly with the community.

The students took neighborhood tours guided by local community organizations with which Spin works, including the Young Men’s Educational Network (YMEN) and the South East Chicago Commission, so that students would have a chance to better understand the context within which the e-scooters are deployed and to hear directly from residents working on equity issues in those neighborhoods.

Micromobility as a way to build community

Engele’s group explored a concept that would help connect scooter riders to local businesses, noting that she discovered through the course just how much people thought of scooters as a social form of transportation.

Bartkus’ group looked at a concept that would let people use micromobility as a tool to organize.

In both cases, Engele and Bartkus engaged with questions about how individuals relate to each other, the community around them, and ongoing systemic issues. Within that context, they also explored the possibilities — and limitations of design — to address issues created by generations of disinvestment in the communities.

Ellen Gottschling, Spin’s Streets Program manager, is based in Chicago and helped facilitate the IIT partnership. She believes the insights will be very helpful as Spin thinks about how to incorporate equity more deeply into its programs.

“We understand that there are barriers to using micromobility, whether those are financial, technological, or social. We’re constantly looking for creative ways to reduce those barriers, and to ensure that we are a trusted partner in the communities where we operate,” Gottschling said.

The City of Chicago required all operators participating in the program to deploy at least half their fleets in priority areas “where residents face systemic disadvantages following generations of underinvestment and inequitable access to transportation and other resources.” We believe that simply dropping off scooters in these areas alone isn’t enough to meaningfully address equity concerns. We wanted to go deeper into the question of how micromobility can advance the goal of improving equity in transportation.

“We explicitly took a larger view. What are all the components of infrastructure? Who are the different stakeholders?” said Jones, who has been teaching human-centered design with an emphasis on equity for about a decade now.

“A solution that will have impact can’t just work at the Spin app level. For us to do something more meaningful, particularly to make a difference in the community, it has to be larger than just the application,” he said. 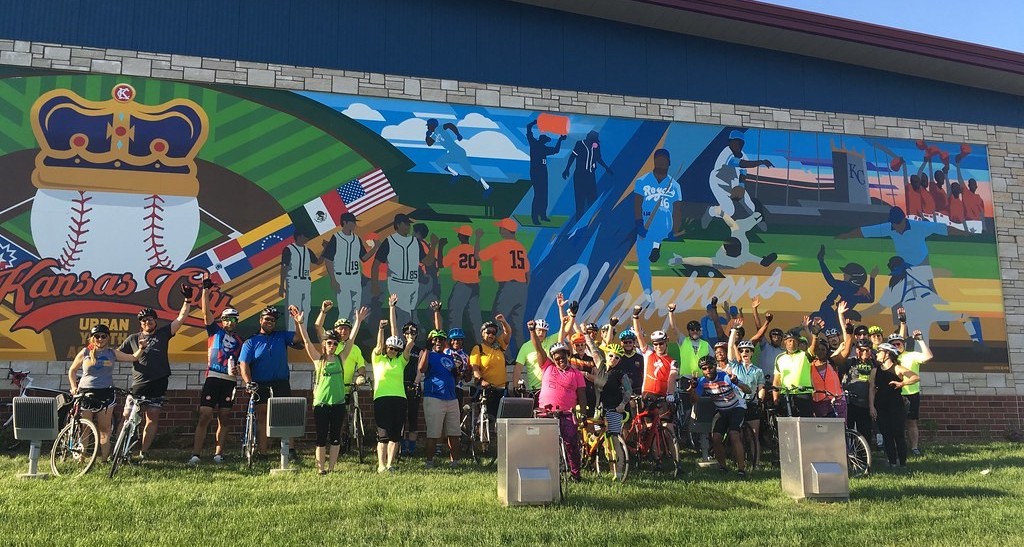 Partnerships
Why Is Jaywalking Even A Thing? Decriminalizing Biking and Walking to Give All the Freedom to Move 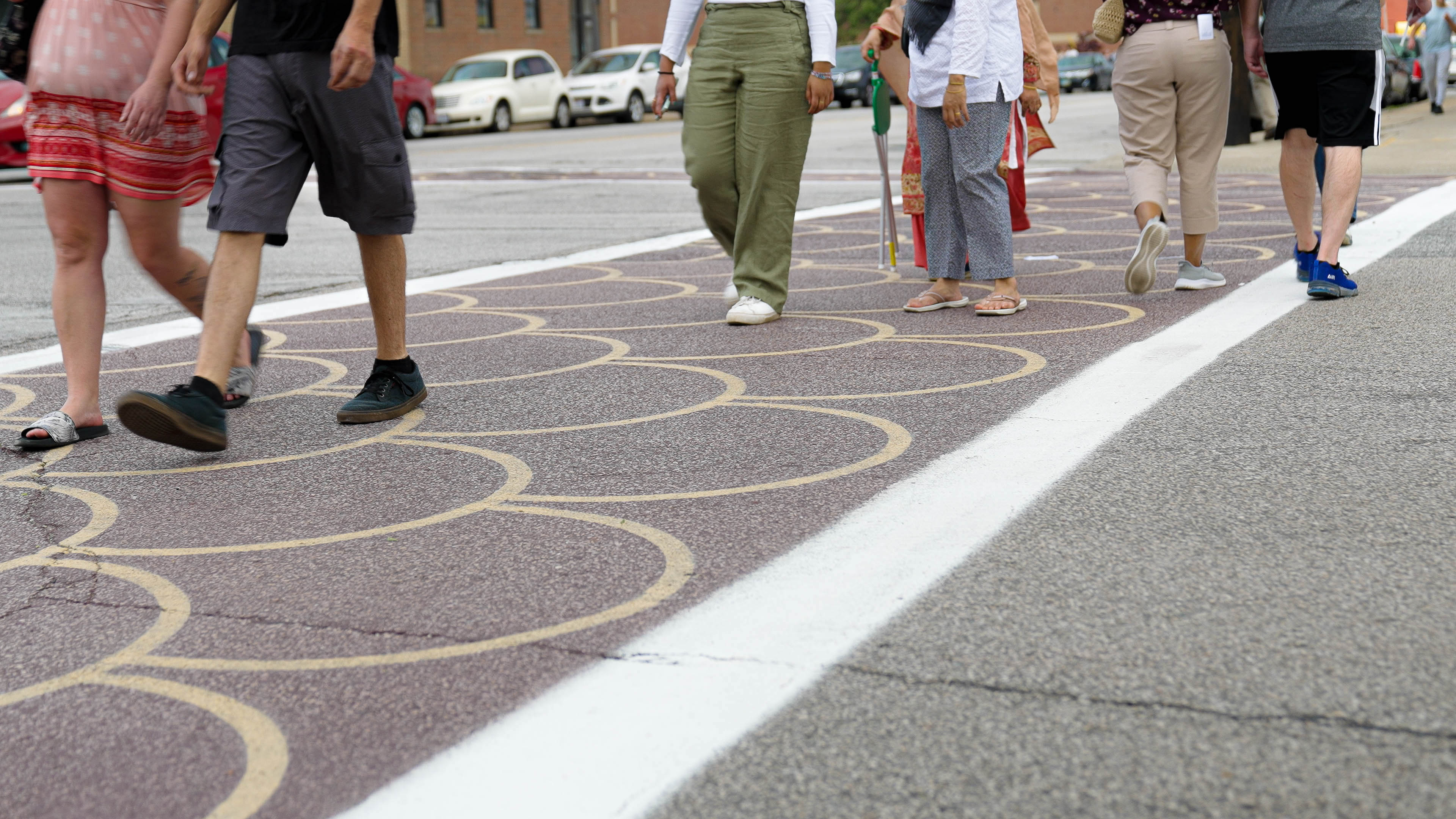 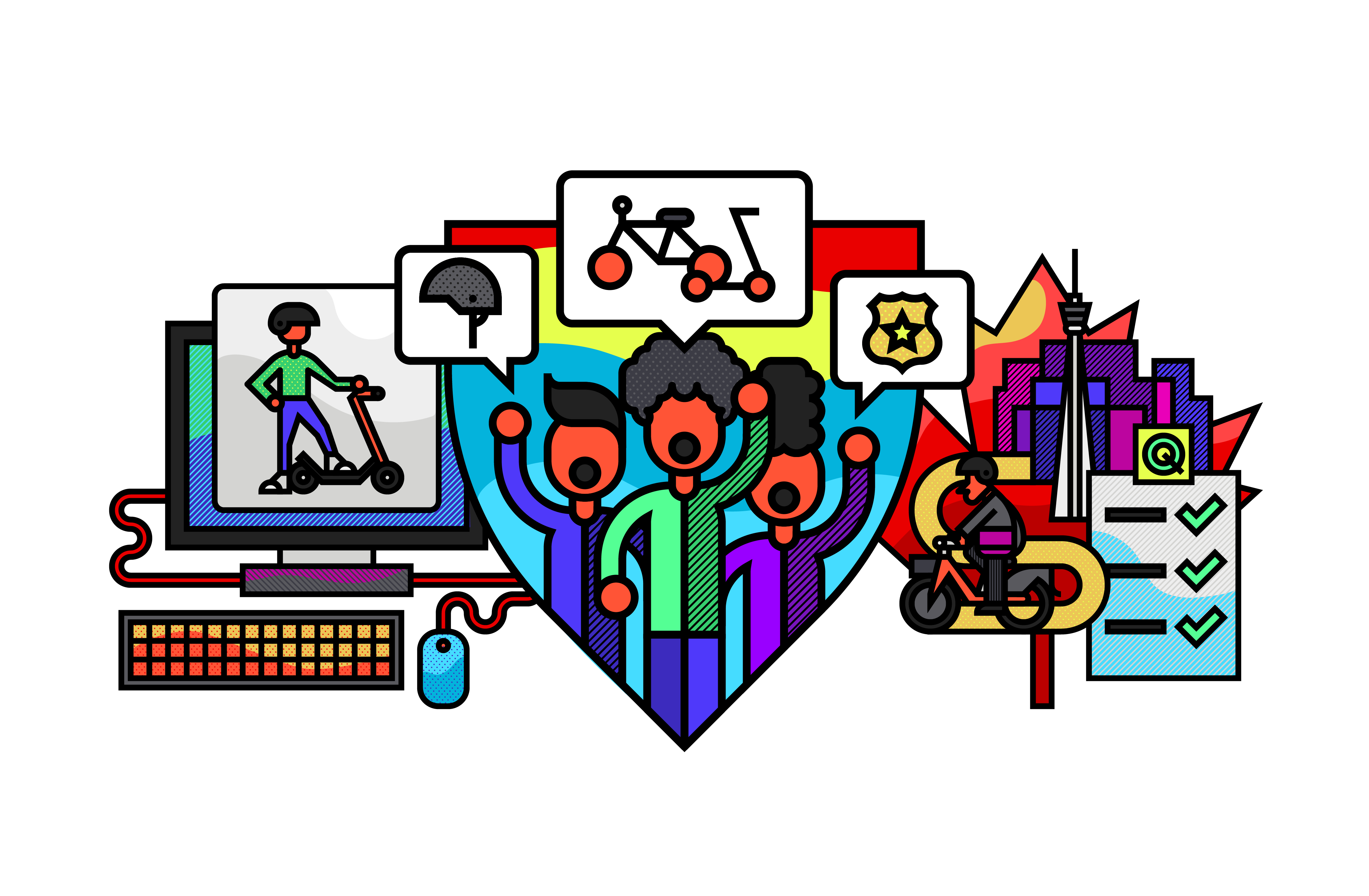