Local Artists Brighten Up San Francisco’s Streets, with a Little Help from Spin 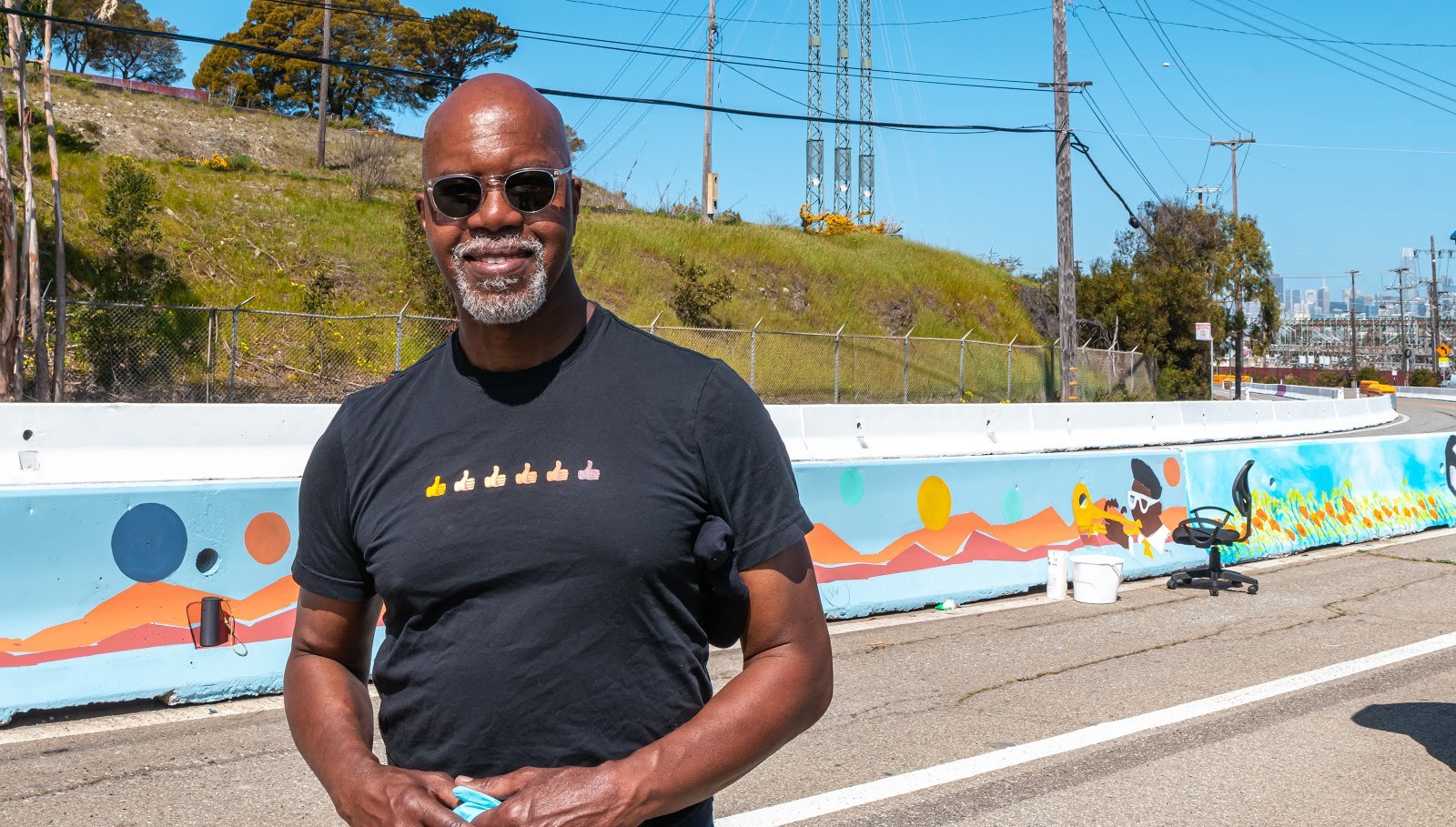 Safe streets infrastructure shouldn’t be drab or generic — it should reflect the community it serves. That’s the idea behind Spin’s partnership with San Francisco Municipal Transportation Authority (SFMTA), several community organizations, and 11 local artists who will bring to life the city’s streets with original murals and street art.

For the last couple of weeks, four artists have been busy at work in the Tenderloin (along Jones Street) and seven artists in Bayview-Hunters Point (along Hunters Point Boulevard) adding local color to the otherwise utilitarian k-rails, concrete barriers often used as dividers on roads, that officials installed to create safer spaces for walking, biking, or scooter riding. To support these artists and the community organizations making these projects happen, Spin is proud to have contributed financial support to the Tenderloin Community Benefits District (TLCBD), BMAGIC, and Shipyard Trust for the Arts.

“I think any type of community art is a good thing. It shows that there are people who take pride in where they live. I wanted to do this project especially because this is also where I live. I think there is something special about doing work for your own neighborhood to enjoy. I’ve lived in the Tenderloin for 11 years and I really love it and this was just a small way I could show that,“ said Seibot, a local artist working on the Jones Street project, which stretches for five blocks in the Tenderloin.

‍Seibot is known for their use of flowers in their art. They said they wanted to “create something absurdly joyful with some gentle movement to really contrast the concrete barrier canvas.”

“I paint a lot of flowers. Like a lot. Fortunately, that imagery ties in really well with the theme of growth and hope that has been more prevalent in the past year,” they said. “The Tenderloin in particular has many residents who have been disproportionately affected by the pandemic, and in a neighborhood that was already struggling in many ways, I think these messages are especially poignant. And then I like to consider what might stand out. I wanted to create something absurdly joyful with some gentle movement to really contrast the concrete barrier canvas.”

Seibot is painting alongside artists Vanessa Lim, Alexa Garza (who painted Crystal Vielula’s designs), and Elizabeth McConaughy-Oliver on the Tenderloin project, which is supported by the TLCBD.

“TLCBD is excited to support local artists and help make this important physical distancing space more inviting for people to walk,” said Hunter Franks, TLCBD Director of Inviting Space. “Positive messaging about community togetherness and bright colors bring added joy to this neighborhood walkway as we continue to prioritize the health and wellbeing of our community.”

Artist Elizabeth McConaughy-Oliver uses “exaggerated shape and color to communicate her personal experiences as a POC,” according to the description. Her two murals read, “Community is support” and “With it you can accomplish anything.”

Malik Seneferu is an artist working on the Bayview-Hunters Point project. Working alongside him are artists Ira Watkins, Rhonel Roberts and his collaborator Peter Avery, Afatasi the Artist, Tanya Herrera, and Claudio Talavera-Ballon.

“My creative expression for this is imperative to the [Bayview-Hunters Point] Community. Much of my work involves black solidarity commentary. This will be a great inspiration to viewers that will encounter it,“ Seneferu said. “I was inspired by the loss of San Francisco’s Black population along with the many who financially suffer eviction in the city.”

These organizations made up the committee in charge of selecting the artists for the project and designing a process that prioritized Black artists and artists local to the area. Initially, the committee chose two artists, but as more donations came in, another four artists were added and the project expanded to cover the entire corridor, Kidd said.

Both projects aim to celebrate the history and local context of each community. In Bayview-Hunters Point, Kidd noted that it’s important that residents there feel that the investment in safety is for them.

“It is common for folks in Bayview-Hunters Point to view new investment with skepticism — being meant for the benefit of incoming, well-resourced residents rather than the people living there today. We’re working to change that perception, but we need to find ways to communicate it through the built environment as well as through our actions and words,” Kidd said.

“K-rails put a substantial protective barrier between cars and people who are walking and rolling in the street. But they can also appear utilitarian and uninviting. And can sometimes evoke fraught history,” said Kay Cheng, Spin’s Streets and Equity director. “We want to support meaningful safety investments that the communities not only benefit from but also participate in. We are excited to support local artists as they create visual celebrations of the unique history and character of their communities.”

The use of k-rails specifically have echoes of the community’s history with the SFPD, which used to place k-rails in the area to create cul-du-sacs to prevent vehicle movement during chases, Kidd noted. Using the k-rails as canvasses for community-oriented and community-driven art can, he hopes, help recontextualize this piece of infrastructure toward a more positive association for the community.

Starting on April 3, the community is invited out to celebrate the Hunters Point corridor murals as part of the Bayside Saturdays events, every Saturday in April. 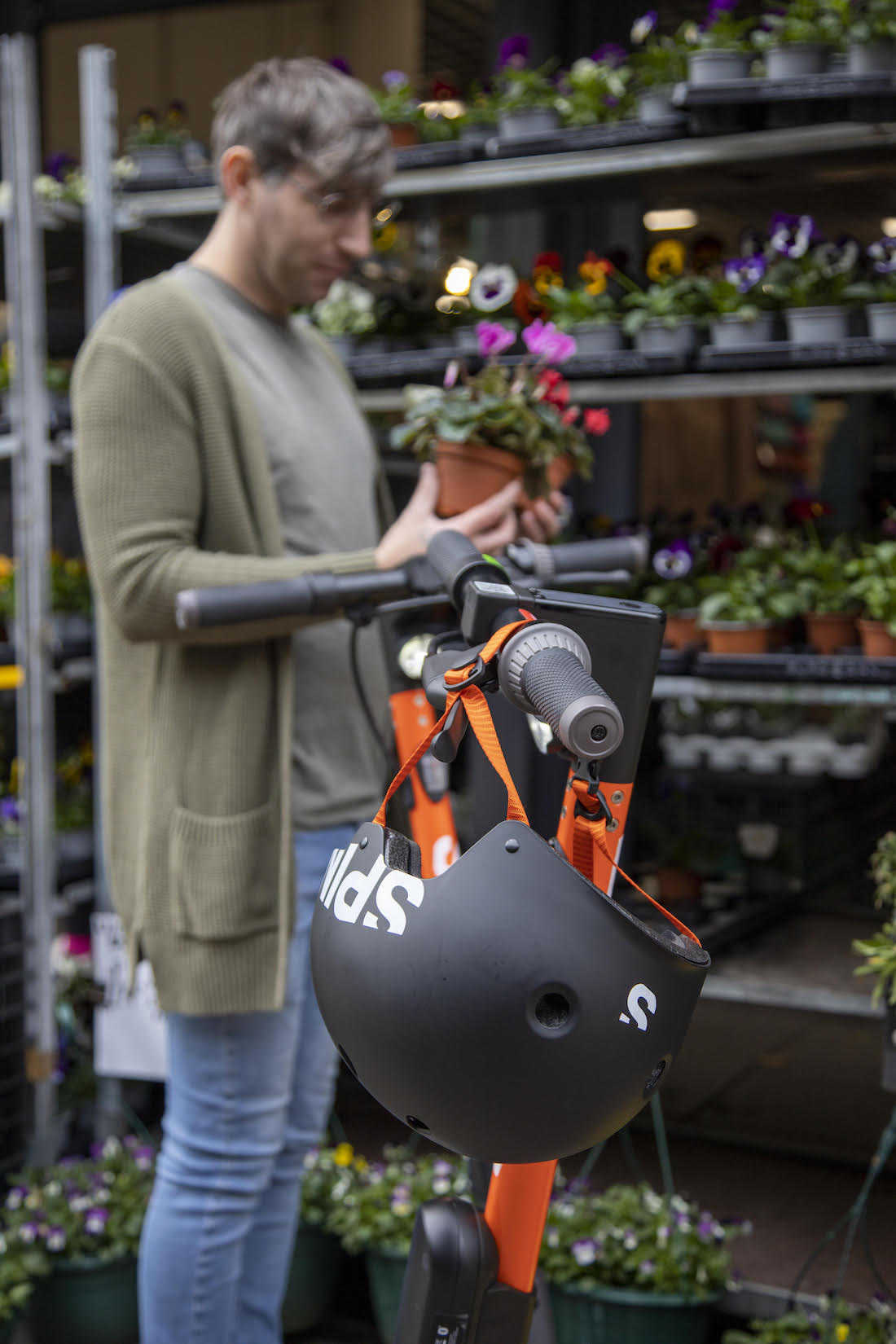 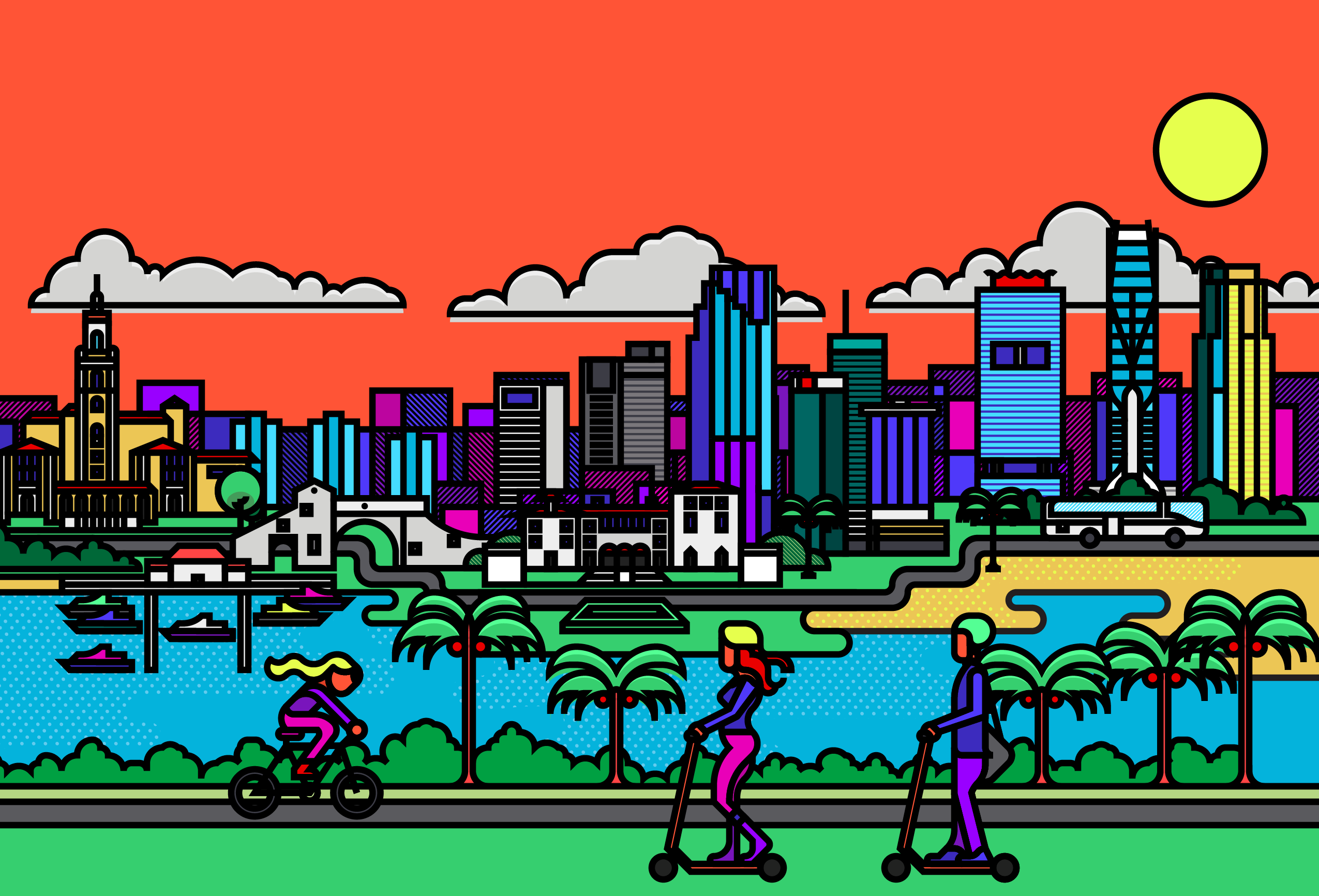 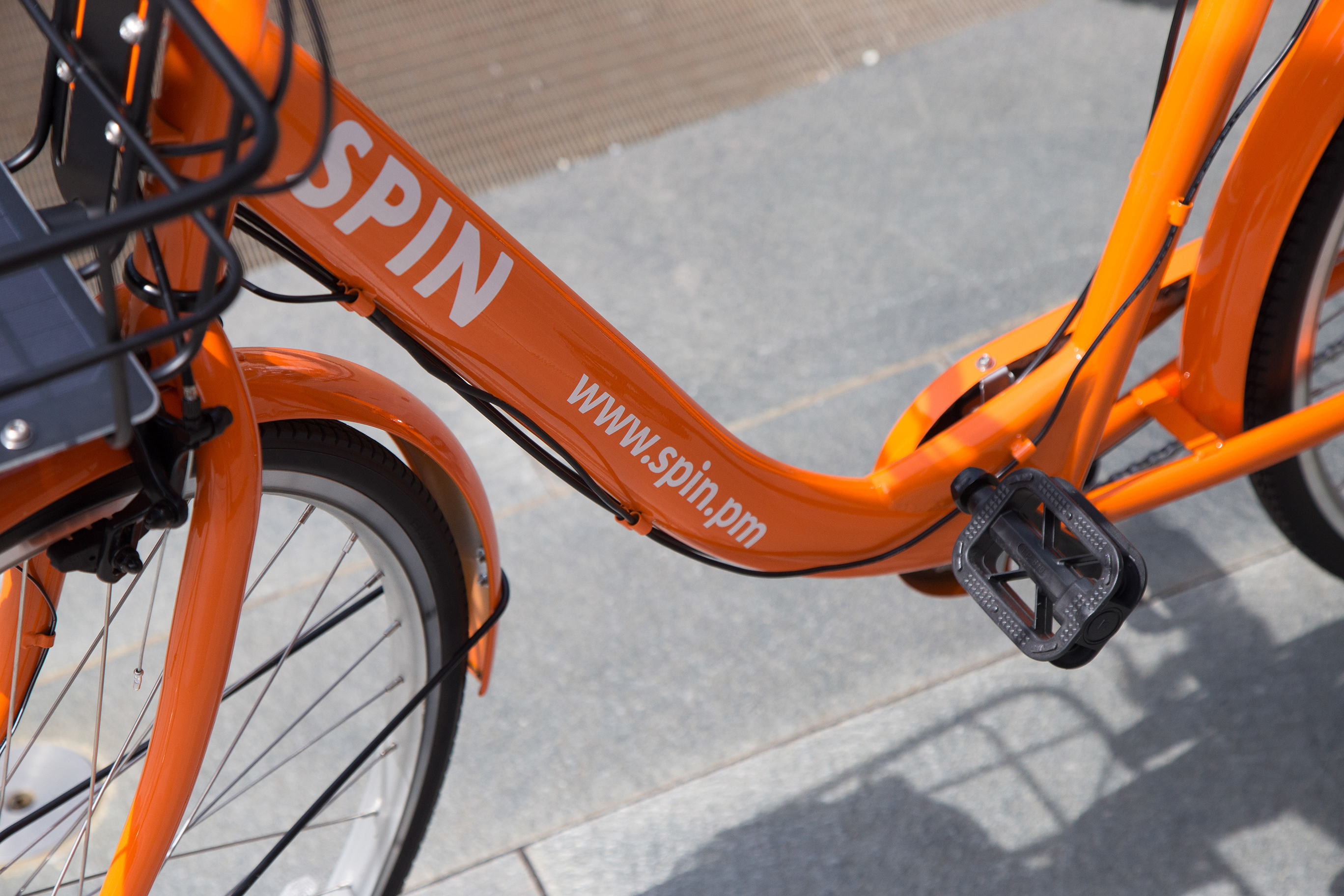 Community
Week One in Seattle
Back to blog