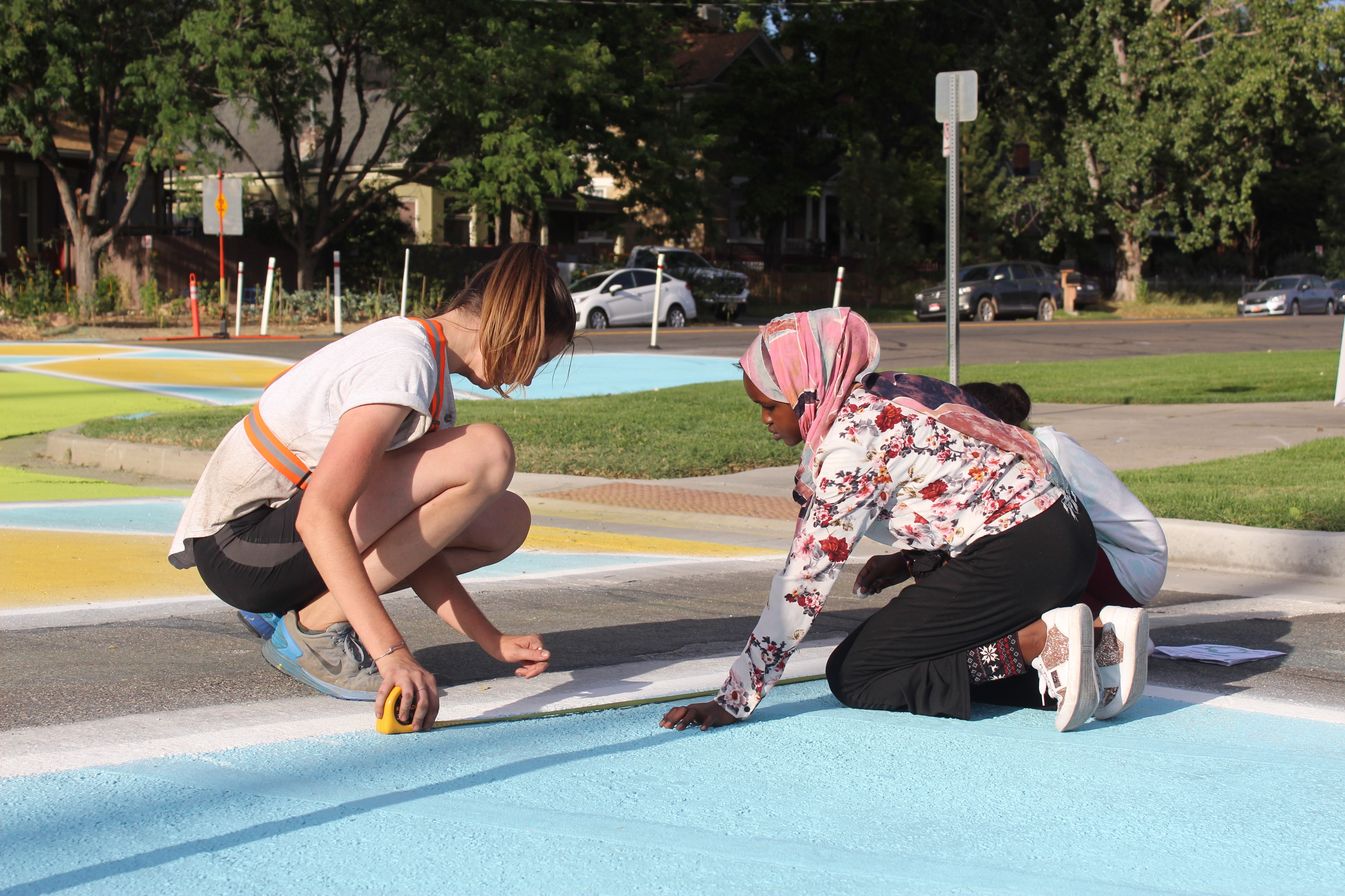 Traditionally, the task of the matchmaker has been to help two single individuals come together to find love. We at Spin, however, see ourselves as a different kind of matchmaker.

As a private company with an interest in the public good, we are in a unique position to serve as the fulcrum for tactical urbanism projects that bring cities, community groups, and citizens together. Our mission is to give people the freedom to move, and one of the ways we want to do this is by making cities more people-friendly. That means, among other things, designing safer streets and creatively collaborating on infrastructural improvements.

Recently, in Salt Lake City, Utah, we flexed our matchmaking muscles by spearheading a project to revamp an intersection next to Taufer Park. We partnered with urban design company Team Better Block, nonprofit Bike Utah’s 1,000 Miles Campaign, Salt Lake City transportation planners, and community volunteers. Our goal was to make the street safer for anyone, at any age, walking, biking and scooting. We call it the “Spin Space.”

Over the course of a few days in early September, residents rallied together at the intersection of 300 E and 700 S. Using bright colors to enhance visibility at the intersection, community volunteers painted a hexagonal pattern in the crosswalk representative of Utah’s state symbol, the beehive and seven striped areas within the buffers that represent the seven creeks of Salt Lake City. “Beyond the aesthetic design, it decreases the crossing distance for both pedestrians and cyclists so there’s less opportunity for conflict with vehicles,” said Zoey Mauck, Urban Designer at Team Better Block.

The intersection was especially important to residents at the Liberty Senior Center, who take walks or scoot by on assisted devices everyday.

“You can see it working,” Tom Millar, a Salt Lake City transportation planner said, as he watched the plan come to life. “Before this project, a car would drive right into the crosswalk, right where you or your kid would be walking. After the project, you would see them stop far behind the crosswalk. So, these kinds of things that we’re doing, you can see the effect immediately.”

Along with increased safety, aesthetic enhancement, and structural improvement, there is also a community-building component to this type of undertaking. With the rise and prevalence of social media and an increasing number of ways to connect and express ourselves in the virtual world, it’s important to not lose touch with human interaction. There’s something powerful about convening person-to-person, knowing our neighbors, discovering commonalities, and uniting in our efforts to create spaces where people can freely and safely move.

Projects like these seem somewhat simple, but they create opportunities for diverse groups of people to take ownership of their neighborhoods and have their voices heard, their experiences validated, and their perspectives taken seriously.

Our Senior Streets Program Manager, Kay Cheng, who was onsite for the intersection project, recalls how pleased local residents were to have a chance to give their input, “People came up to our booth all week sharing their thoughts on scooters, infrastructure and ways to make their community safer. One woman in particular told us that she rarely feels heard on matters related to her community and that she was so grateful we decided to choose her neighborhood for this project.”

Although the Spin Space is inherently designed as a short-term project — a truly tactical demonstration of what’s possible — there’s no reason why these kinds of projects can’t be made more permanent, or done in more places. In fact, given how challenging, slow, and expensive it can be to re-make streets in the way we’re used to, we think Spin Spaces could be a way of doing things differently: trying things out so as to bridge the gap between temporary and permanent change, and improve interactions between professional planners and engineers who work a certain way and local residents who just care deeply about their streets and want them to be better.

For Salt Lake, we’ll continue to work with the city, as they evaluate the benefits of this first Spin Space, collect feedback from the community, and determine what the future has in store.

A few children from the community came by everyday to check out progress made on the Spin Space.