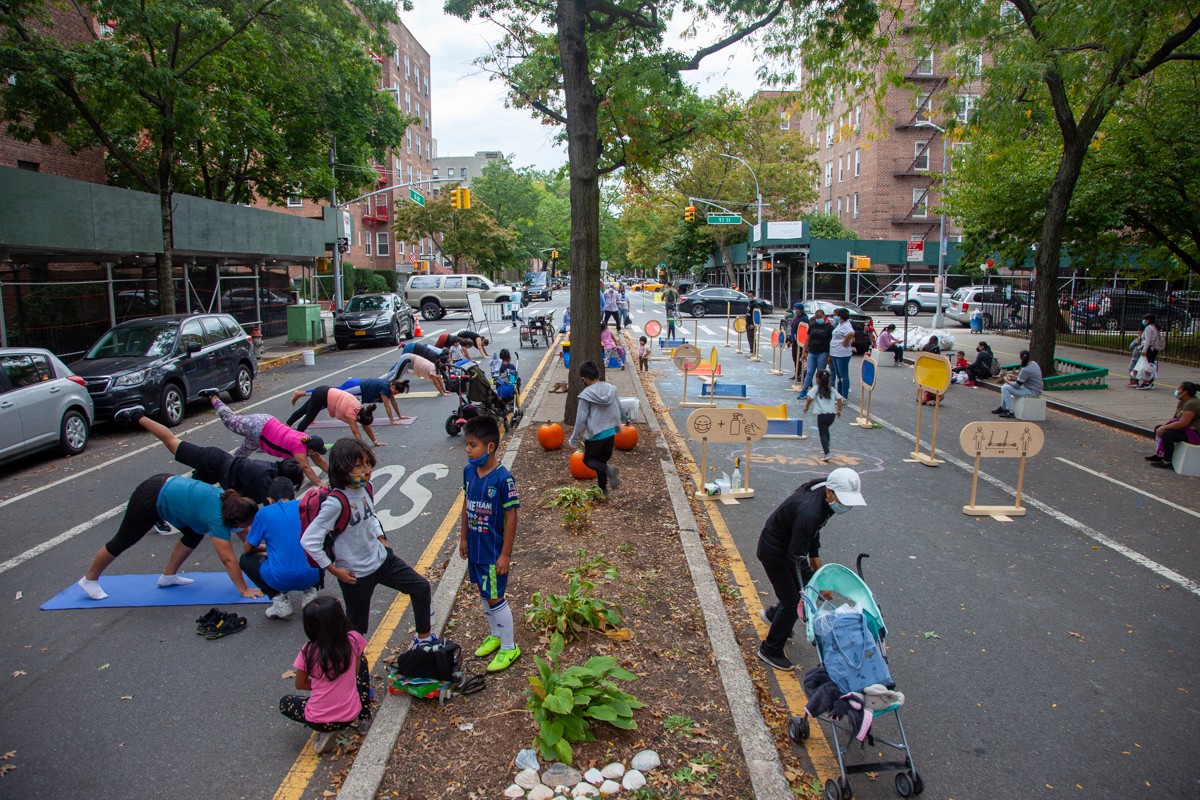 “Our vision is a city filled with public spaces that inspire, where all residents have safe, comfortable places to gather and ways to connect, right in the heart of neighborhoods.” — Leslie Davol, Co-Founder and Executive Director of Street Lab

Our partnership with Street Lab was born out of this shared vision for how much more streets can be when you imagine them as active spaces, public spaces.

When the lockdown began in spring, it became increasingly clear that New Yorkers — especially those living in traditionally under-resourced neighborhoods — were going to need better and more immediate access to open space where they could get exercise and socialize outdoors while observing safe physical distancing protocols. And with schools closed, children needed access to safe activities for learning, exercise, and social interactions.

That’s when Spin partnered with Street Lab to facilitate PLAY NYC. With NYC DOT closing certain streets to cars to open them to people, Street Lab set out to bring a creative and fun repurposing of street space to give children an opportunity to stretch their legs and their minds during these particularly stressful and challenging times.

“PLAY NYC is our attempt to stake a claim for New York City’s kids in this new environment. Our goal is to create a kit that can transform any street or underutilized urban space into a safe, inspiring place where play, learning, and creativity can flourish, all while keeping kids and families safe,” said Davol in an interview with Spin this past summer.

“It includes a new design supported by Spin for a no-touch obstacle course, an activity that we believe will subtly reinforce the importance of following simple rules about distancing, while still having fun and feeling some joy about life in the city. These kids deserve that,” she said.

Through our partnership with Street Lab, we helped the nonprofit provide:

Over the past several months, Davol and her co-founder, Sam Davol, who serves as Street Lab’s program and creative director, worked with Spin and dozens of community groups to bring PLAY NYC to neighborhoods throughout the city, especially those lacking adequate access to public open space.

During the long summer — with the nice weather and kids itching to get out and play — PLAY NYC visited five areas adjacent to New York City Housing Authority (NYCHA) buildings to serve families living in areas included in the Mayor’s Action Plan for Neighborhood Safety. Those included:

You can see the 34th Avenue Play Street in action in the video above. For families cooped up in their buildings, an open 34th Avenue was a welcome place to gather and connect with their community.

“There will be a time when we live in a non-COVID world — but that doesn’t mean we have to return to everything from the past. We can make our spaces better, more equitable and safer. Open spaces should be available in every neighborhood and not just those who have the means to live near a major park like Central Park or Prospect Park,” Burke and Cheng wrote.